From the 20th to the 22nd of June 2022, the ReCreate project partners joined forces during the 1st project in-person meeting. The meeting was organised by the Swedish country cluster and was held in Helsingborg, Sweden. During the meeting, the participants had the chance, for the first time after 1 full year of project progress, to meet each other in person while a fruitful and successful meeting was held. All partners have made tremendous progress in developing their country cluster projects where they have described future planned activities on dismantling, storing, and reusing building materials in the construction of foreseen projects.

During the ReCreate meeting, all participants visited the first ReCreate pilot, which is an exhibition building built of 99% reused material in the residential area Drottninghög. The Swedish contributors, KTH, Helsingborgshem and Strängbetong have presented their first results and practical examples of how building materials can be reused.

The pilot is made of 99% reused material (by weight) and the carbon footprint is 92% lower when compared with the same building built with new material after today’s standards. In addition, the building is designed for disassembly, i.e., built in such a way that it can be dismantled and the elements reused in another context. For example, all-metal couplings between the elements are made to be easily disassembled.

The consortium meeting was executed with success and a plethora of viable comments and experiences stemming from each respective day of work. Moreover, as ReCreate keeps developing and the pilot projects are being executed, with the Swedish pilot as the best example, ReCreate project is being successful in exploring and harnessing the untapped potential of the existing markets for deconstruction and reuse of concrete elements without damaging them. The novel knowledge stemming from ReCreate will be disseminated by publishing joint public-private open access publications in high-impact international journals; by presenting the work in industry congresses and scientific conferences; and by turning it into open access e-learning content usable for educating and training a new generation of experts and employees with improved competencies in reuse. 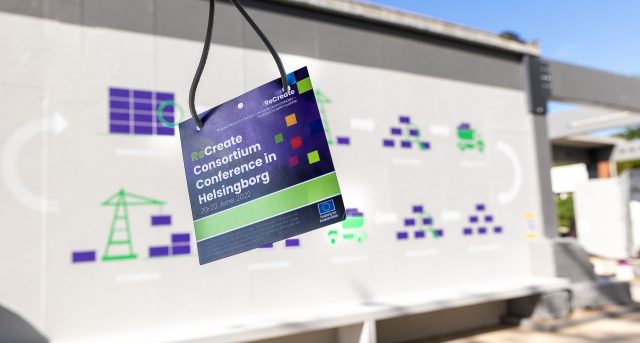 previousKTH presents its pilot building made of recycled concrete