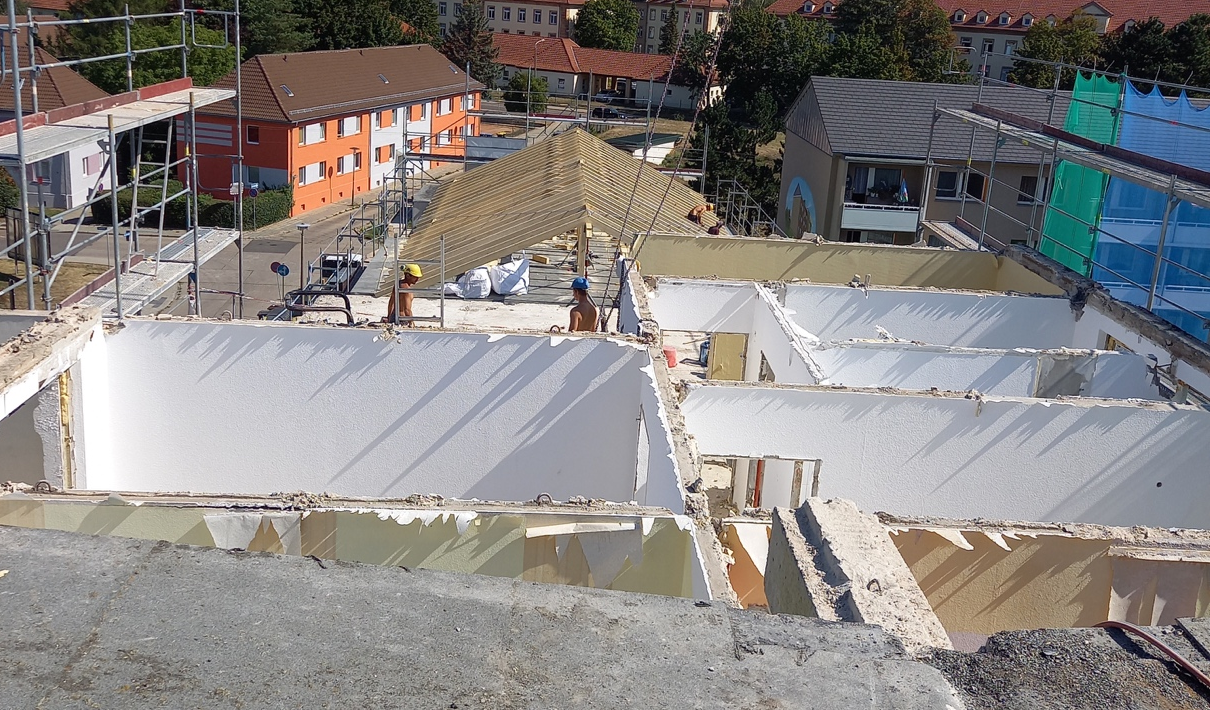 At the end of the summer, members of the German ReCreate cluster met with members of the Dutch cluster for a transnational technical exchange at a deconstruction site in the small town of Weißenfels near Leipzig in Germany. In consultation with the BTU project manager Angelika Mettke and the German industry project partner Dietmar Gottschling of ECOSOIL, the meeting was prepared on-site to show how partial dismantling is carried out under practical conditions.

The dismantling process was observed by Viktoria Arnold (BTU), Thijs Lambrects, Hamidullah Attaullah (both TU/e) as well as an employee of the office of Patrick Teuffel (head of WP5) at the location site, Hardenbergstr. 39-42. The demonstration allowed them the ability to gain an insight into the dismantling process directly on site.

Considering the process, the partial deconstruction comprised the top two floors of the 5-story prefabricated building of the “P-Halle” type, which was constructed from the same range of prefab elements as the donor building for the ReCreate German pilot project at Otto-Nuschke-Str. 9-14 in Hohenmölsen. Accordingly, the same range of slabs and panels had to be dismantled and the same connections opened. That resulted in 30 dismantled floor slabs which required transport from Weißenfels to Hohenmölsen, where the temporary storage site is located.

The dismantled floor slabs are planned to be (re)used later on the same site in the planned pilot project, the construction of a youth center. Concerning the remaining dismantled concrete elements, they had to be handled with more caution because of potential causes of material composition. By that means, they first had to undergo the process of pre-shredding at the dismantling construction site and then sent to a recycling plant for material processing.

Check out the pictures of the site below of the dismantling process at the deconstruction site: 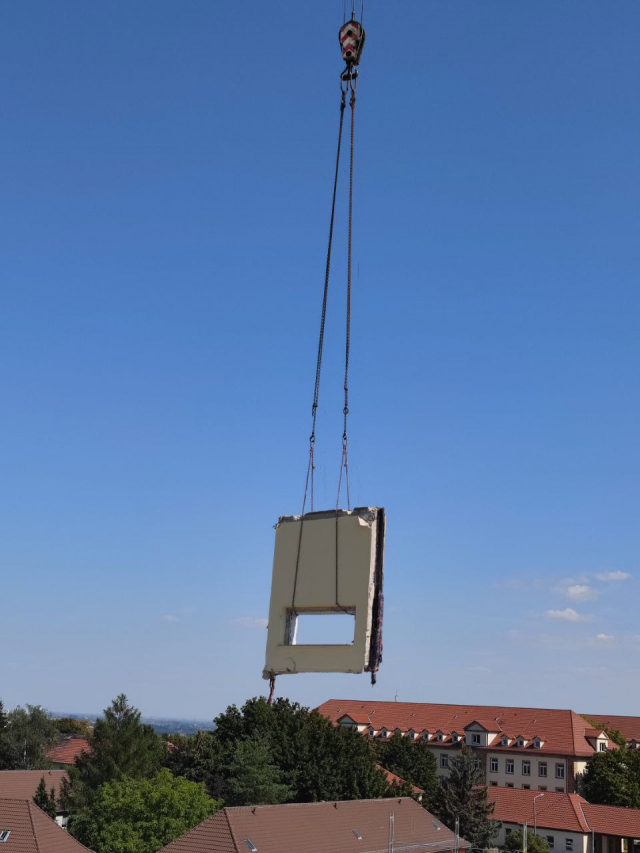 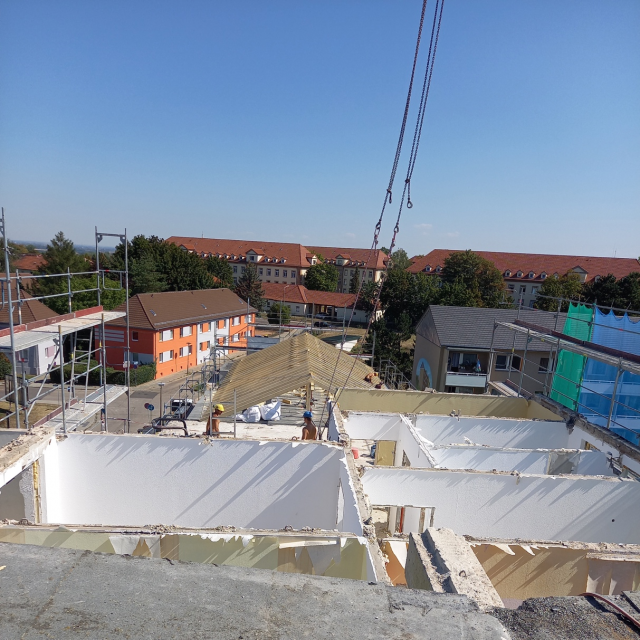